Casino always has edge over player in roulette game. That's the fact which you can't change. Because of this house edge, online casinos get profit.

Nevertheless, there are online casino players, who sometimes prove that you can win a lot playing roulette. However, all those especially lucky players have never returned to casinos online.

One of the most famous roulette players, who managed to leave casino with a huge amount of money, is Joseph Jagger. In 1873 he won about 325,000 dollars in three days playing casino roulette.

One day being at Monte Carlo casino, Mr. Jagger noticed that at one of the tables some numbers were hit much more frequently than others. This idea bothered him and he hired several assistants who wrote down all winning sectors hit at this table. After several days Jagger gathered solid statistical data and easily determined what numbers won most frequently. 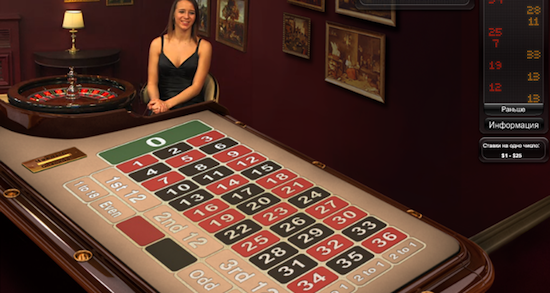 He took all his money and went to casino. The game continued several days. Jagger placed different bets so that casino administration wouldn't get suspicious. But in the end, defective casino roulette table was removed. However, it was enough for Jagger to live a good life.

In 1891 someone named Charles Wells won all the money Monte Carlo casino had at that time in its cashier. The reasons of his success are still unknown, but there probably were some casino roulette wheel defects.

At the beginning of 21st century Ashley Revell decided to completely change his life. He chose quite original way to do so. After selling his property, including personal belongings and clothes, this casino player from London made a trip to Las Vegas. At Plaza Casino he placed just one bet on red worth 135 thousand dollars. Fortunately for him, Lady Luck favored him and he returned from USA having 270,000 dollars on his account.

The most interesting about all this stories is that they were true stories and happened to real people. Some of the stories were later screened. For instance, The Sting is the movie based on a true story. But the main character at the end loses playing roulette.