One of the most popular casino craps systems is called "Iron Cross". This strategy draws a lot of interest, but as other similar systems, it can't guarantee elimination of online casino edge.

The Main Principles Of The Craps Strategy

“Iron Cross” strategy is very easy to use. Online casino players should just place Field bets in combination with Place bets on 5, 6 and 8 (like it's shown in a picture).

Most frequently online craps players make the same size bets, even though some of casino fans are confident bets should be increased following certain regressive system or some other method. In case of losing or winning, online casino player starts again by placing initial size bet.

Five is rolled and as a result, Place bet on 5 wins and is paid 7 to 5. In this case Field bets are lost. Another couple of bets are left on the field.

Let's say 6 or 8 is rolled, the corresponding Place bet wins and is paid 7 to 6. But Field casino craps bet is a losing bet again. A couple of other bets are left on the field.

That means that casino craps player loses only in one case, when the sum of the dice is seven. In all remaining cases craps online player will have some winnings (even if the amount won is small). Of course, seven is the most probable sum of the dice. That's true. Seven is rolled approximately on every sixth throw. So, online casino customer will start winning more frequently. 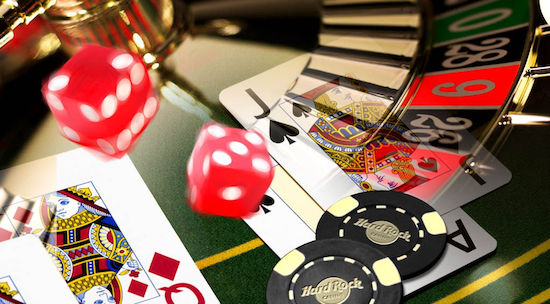 Casino craps will be profitable for players if total amount of Place and Field winnings exceed total amount of losses when seven is rolled. According to statistical data, that’s almost impossible. Basically, "Iron Cross" strategy is implemented simply to consolidate online craps bets, and each of these bets gives online casinos certain mathematical advantage. In other words, there's almost no chance for the whole system to be winning if it consists of unprofitable for online casino players bets.

Below casino edge is explained in more details:

After performing some calculations, it's obvious that in the long run online casino edge in craps is almost 3%. This value is true if craps online players follow this system. In case Filed bets are paid 1 to 1, casino edge almost reaches 4%.

"Iron Cross" casino craps strategy has another variation called "Unbeatable Iron Cross". This strategy is more profitable for online casino customers. We'd like to mention again that you shouldn't be too optimistic about this strategy since it also can't guarantee that you won't have losses. Thanks to such a positive name, this variation of the strategy became more popular at casinos online than "Iron Cross" itself. The strategy suggests betting after Point number is determined.

Before the next throw the following bets should be placed:

After that, online casino player simply places these bets again in case of winning or losing, just as regular "Iron Cross" system suggests, although here's one important difference. Online craps player has the same goal players betting on Pass Line have. Casino player also doesn't want seven to be rolled. That's why as soon as Pass Line bet wins, casino customers should stop placing again those bets which were already removed.

That's because the probability of rolling seven increases since this sum of the dice wasn't rolled for a long time. Some casino online gamers do special calculations. At some point their calculations signal that no more bets should be placed. That's actually a false assumption, just as thinking that roulette spins are interconnected is wrong. In reality, any spin, any throw of the dice has nothing to do with previous results. Even in case seven isn't rolled hundred times in a row, the probability of getting this sum on 101st throw is unchanged.

Above we discussed the example of statistical data which characterize "Iron Cross" and "Unbeatable Iron Cross" online craps betting systems. Statistics show these systems aren't the best for playing casino craps. It should be mentioned that half of casino customers sometimes don't just want to win, but also want to have a good time. That's why these types of casino craps strategies are acceptable.

When online casino players place only Pass Line and Odds bets, they quickly get bored. Therefore it's reasonable to combine this tactics with "Unbeatable Iron Cross" casino craps strategy. That will make playing more fun and at the same time casino edge won't be so critical.