The latest tendencies in the world of online gambling

In this article, we will examine the global online gambling scene and try to identify some of its main tendencies based on the results of the year 2014. We will use statistical data. By analyzing statistical data from the past, you can make a forecast for the future. Note that our statistics include not only gambling games, but all games in general.

1. The number of women and elderly people, who enjoy online gambling, is increasing

Currently, women account for 47% of American gamers, compared to 42% in 2012. One can say that 5% is a relatively insignificant rise, but over the last two years, the rise amounted to 10%. The number of elderly women enjoying online casino gaming has also increased:2014 saw 29% female gamers over 50, compared to 21% in 2012. In other words, the population of online gaming is becoming increasingly diverse – a tendency that attracted attention of gaming software developers. 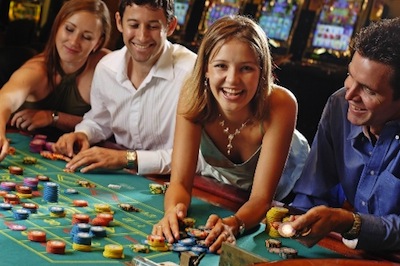 2. Families of players have become a new norm

3. Profits from games and gaming content have exceeded profits from film industry

In 2014, profits from selling new games in the USA amounted to $24 bln, while distribution of new movies generated only $10 bln. Nowadays, gaming industry has turned into a dangerous rival to TV and film industry.

Based on the results of 2014, coverage with mobile communication in the USA is 101%, which means that every American has at least one mobile phone. Taking into account that some state-of-the-art mobile phones are more functional than the computers used in the 1990s, expansion of mobile gambling is understandable and irreversible. In 2014, about 48 mln people in America preferred to gamble from their mobile devices – smartphones and tablets.

5. Choice of free games is growing

Recently, many gaming websites has started to offer free versions of popular games. Marketing experts have finally understood that a person needs to try out a game first in order to see whether he/she would like to play it for real money. For players, a wide choice of free games, which can be played just for fun and without any financial risks, is a big advantage.

Our planet is inhabited by more than 7 bln people, just 2.5 bln of which use the Internet. At the same time, the number of mobile connection users is now more than 6.5 bln. Mainly due to the lack of broadband communication, South Asia, Central America, the Middle East and Africa have the less developed coverage with Internet services. The situation is changing fast, though.

That was it with the tendencies in the online gaming scene. We will provide you with 2014 gambling statistics, which give a clear understanding of playing habits and preferences, as well as world demographics.