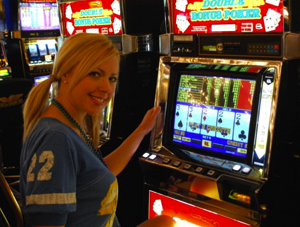 The very nature of gambling implies that gamblers believe in luck and are superstitious to a certain extent. There’s nothing shameful or reprehensible in this fact. There are few people who are not prone to believing in superstitions in a certain area of life.

Lucky and unlucky numbers are the most popular belief among gamblers. In any culture, there are certain special numbers that can bring luck and success in a certain activity or in life in whole.

Everybody knows that number seven or a combination of several sevens is considered to bring luck at online casino. Sometimes these precious figures trigger large jackpots and wins. However, you shouldn’t say seven aloud, because it may bring you misfortune. What is more, this may cause negative reaction from other players sitting at the table.

Unlike in Western culture, in the East (namely, in China) the luckiest number is eight. If you happen to play slots in Macao (the only place in China where gambling is lawful), you should know that combinations of several eights may trigger large winnings.

Just like Europe and the USA, China has its own unlucky numbers. No, these are not six or thirteen but four and five that seem quite harmless to us. This superstition is so strong that in Macao you can’t possibly stay in hotel rooms # 4 or 5, because these numbers are omitted. What is more, due to growing number of wealthy Chinese who are fond of gambling, some Las Vegas hotels excluded rooms with numbers 40 to 59.

Sometimes, when the player makes a large or important bet, they try to guess a lucky number using dates of birth of their family’s members, age of their children, or other significant numbers.

However surprising it may sound, but most gamblers fully realize that lucky and unlucky numbers are nonsense. It seems like desire of using some superstitious methods in chase of luck lies deep inside every person, so we just keep betting on our lucky numbers.