The largest amount of money ever stolen from a casino was $32 mln. It happened in Australia, when a group of people dubbed “Ocean’s Eleven”, managed to steal a huge amount of money from a local casino. The swindlers used up-to-date technical devices which allowed them to connect to the casino’s surveillance system and transmit the information to their accomplice who was sitting at a casino table. As the surveillance cameras were installed in the casino’s VIP area, the criminals could see players’ cards and help their friend win. Those facts were later revealed by the Australian police which investigated the accident. The police believe that the criminals left Australia long ago, and escaped absolutely unpunished. It not surprising that the swindle made the history, because there has been few criminals who managed to get away with stealing millions of dollars. 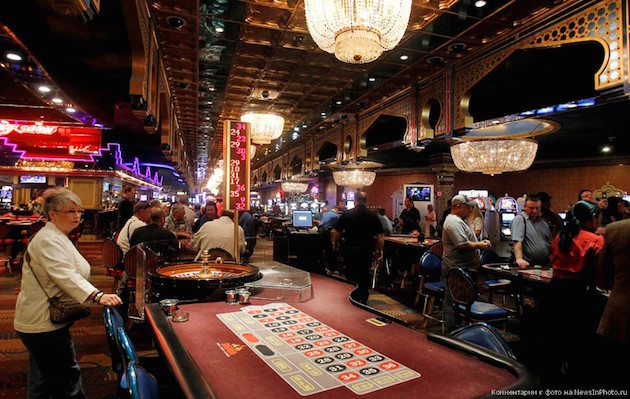 The story described above is, perhaps, the most interesting and incredible case, because all other attempts to steal from a casino looked more like armed robberies. Another story gives a vivid example of how naïve criminals can be sometimes. A few years ago, Bellagio casino was robbed by a person named Anthony Carleo. The man took about $1.5 million in casino chips. The elaborate plan ran smoothly: Carleo escaped from the police with his loot. But his vanity ruined the whole thing. Carleo bragged about his accomplishments on the Internet, which allowed the police to catch him almost immediately. But this was not the end, though. According to the police, the criminal turned out to be a son of a Las Vegas judge. Moreover, the young man was caught on a casino camera right after the robbery, while trying to sell the chips to the amount of $25, 000. According to the criminal himself, he decided to rob a casino after hearing from a croupier that to win, you need to have a black mask and a gun, instead of sitting at a casino table for hours.

These two stories show the contrast between the schemes of different criminals. In the first case, the operation was planned and implemented at such a high level, that the police even failed to reveal all details of the crime. At the same time, the character from second story was so careless that his arrest was just a matter of time. We hope that these stories will cool off many of those who think that stealing from a casino is an easy task.

If you really want to beat a casino, then instead of a mask and a gun, you should arm yourself with books and other useful materials. They will be of much more use to you.